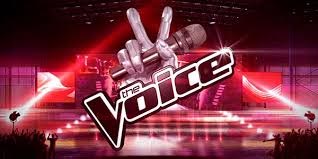 Season Eight of The Voice finished last week and I found myself thinking about how much the show, and particularly coach Pharrell Williams, can teach Riverbend Academy students. It isn’t often we recommend television shows to our students that aren’t “educational” or directly related to a specific subject or topic.

However, this is one television show that we can whole-heartedly recommend to our students and to our parents.

But first, congratulations to Sawyer Fredericks, the amazing 16 year old (yes, 16 year old) winner of this season’s The Voice. We had to totally avoid all news reports, twitter feeds, etc. since it was Screen Free week during the finale but thanks to TIVO, we got to see the finale this past weekend. A well-deserved win with consistent performances that put Sawyer as the only artist to hit the top 10 on iTunes every week of the competition. Truly incredible for a 16 year old and yet throughout the competition, he remained the same modest, smiling, but confident young man that any parents would be proud of. You’ve raised a shining example for youth everywhere, Mr. & Mrs. Sawyer.

But back to The Voice and Mr. Williams.

In a pervasive invasion of negativity in television, especially in competitions where it has become more important to degrade, insult, and promote cut-throat competition, The Voice is a show that has taken on a refreshing new note.

The Voice has shown that it is possible to treat your competitors with respect and high regard and still be successful. The Voice demonstrates that success comes from competing against oneself with the goal of becoming the best you can be rather than working at being better than someone else. Becoming “The Best” does not mean you have to step on your competition or even defeat your competition. Winning comes from defeating your own limiting beliefs and flourishing. In fact, the show demonstrates clearly that helping and supporting your fellow competitors is the quickest way to success and fulfillment. Even with huge stakes on the line ($100,000 and a recording contract), the performers are always positive and gracious to each other and focus on the goal of becoming excellent at their craft — making the actual competition seem secondary.

From the beginning of each season during the blind auditions, where singers are chosen solely on their vocal talent, through the battle rounds, and the finale, each step promotes a feeling of comradery, mutual respect, and assistance. This cooperation extends even beyond the “teams” to include every member of the competition. This sense of respect and regard for others is exactly what we promote here at Riverbend Academy, from the Virtues Project, inclusion of service in all grades, to Aikido. The moral and ethical teachings we use are based on the concept that only by empowering and helping others can anyone find success in life — experiencing true happiness. 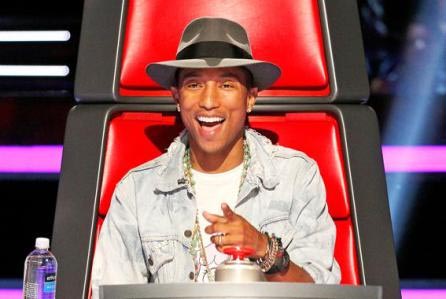 And Mr. Williams is, without a doubt, the leading beacon of this concept of cooperation, respect, and positivity. Regardless of the performance, Mr. Williams always has something positive, reassuring, and uplifting to say to the singers. He regularly stands for performers (both on his team and on any of the other teams). Often, the coaches’ comments are drowned out by applause. Although a star with millions of fans, Mr. Williams never feels the necessity to get his comments expressed. Rather, he totally ignores any need to make his point and allows the audience free rein to acknowledge the amazing performances. Never do the contestants have to come off the stage to him. He is always on his feet and bounding up the stage to give the performers a well-deserved hug.

And, as much as Mr. Williams has a undeniable track record of producing stars and “creating” sensations, he never dominates his team members with his own opinion. To the contrary, he goes out of his way to discover exactly who each performer wants to be and encourage their development in the direction they wish. In other words, he allows them to be the people they are, be true to themselves, and ensures they feel confident that they can succeed being the individuals they are. He allows them to follow their passions, guiding them but giving them the belief that they can flourish by being true to themselves.

What better lesson for our students to than to watch a superstar like Pharrell Williams treat a virtual unknown not only as an equal but as someone even more deserving than he. Mr. Williams is a total and complete class act that defines what it means to be positive and constantly strive to be the best possible person you can be.

So, we do recommend The Voice to all our students? Of course! What better combination could we ask for? An entertaining television show that promotes the exact virtues that Riverbend Academy was founded on.

Thank you NBC, The Voice, and especially Mr. Williams for giving our students something they can finally watch to learn what it is to be a person of truly outstanding character.

Our exclusive R.L.S. (Real Life Skills) Program that augments the best of the Ontario curriculum.